The Sharp Knife of a Short Life...


This is the title of a song that keeps playing in my head.  It’s an excellent, sad song by The Band Perry, and I have it on a CD, but I heard it on the radio for the first time yesterday, not long after I went to the military funeral of a woman who was only five years younger than me. 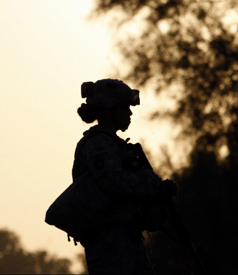 I won’t identify her here, but a lot of friends and acquaintances will know who I’m talking about.  She was likeable and beautiful, slim with white-blonde hair and a confident manner.  She was in the Army and I remember walking next to a couple of guys in our old building maybe six or seven years ago.  She was about twenty feet ahead of us and one of them commented that “She’s the only woman in the Army who can make BDUs (Battle Dress Uniforms) look good.”  In the memory booklet at her funeral, her birthday was listed as “Sunrise” and her death as “Sunset,” and I could picture her life like that, a sun rising and blazing across the sky in a too-fast semi-circle before it sank out of sight.


She and I were never close, although we worked together years ago and liked each other.  We’d talk now and then, comparing notes about the agony of kids turning into teenagers and the hope of teenagers turning into responsible adults, and we always said that one of these days we’d go to lunch.  We never did, and one of those days will now never happen.  She died in another state and left behind two dark-haired, handsome sons who had grown into exactly what she had hoped.  To all accounts she was happy and looking forward to the future, to her sons, to her parents, to buying a house in one of those sun-soaked states where it’s warm almost all the time. 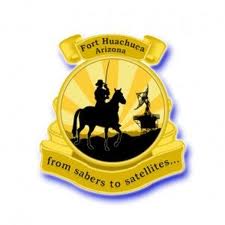 To my knowledge, she was never on Facebook.  God, how I wish she had been.  Maybe then I, and so many others who knew her, could have kept in touch and offered her the words of support and comfort she must have needed.  Maybe we would have seen how far she’d sunk into self-despair, and how she must have been drowning in whatever demons finally overwhelmed her.  People always say that suicide is a selfish thing for someone to do, but it only seems selfish if you look at it from somewhere other than that person’s point of view.  From where she was two weeks ago today, perhaps she thought that other people in her life were the ones who were selfish, who couldn’t give her a bit of their time, their attention, their love, their friendship.  It was heartbreaking to sit in the Chapel and listen to so many wonderful memorial words, to hear an Army LTC’s voice break when he said “She was my soldier,” and see that same man’s eyes tear up when he addressed his words toward the flag-covered casket and closed with “You’re relieved.  We have the watch now.”  She was loved by so many, but she must have felt so utterly alone at the end, so unbearably tired, that she chose not to keep going.

The edge of that sharp knife in someone’s life is coated in regrets, in “someday we’re going to” and “one of these days.”  Don’t let that edge turn and cut you or someone you care about. 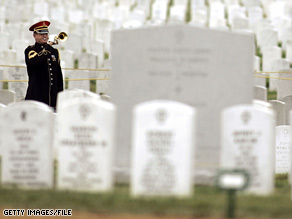